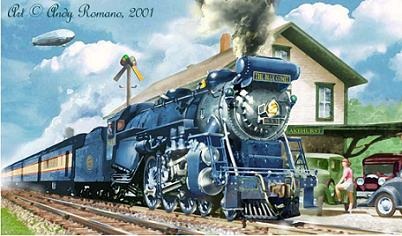 The allegiance of those closest to Tony is put to the test; a case of mistaken identity has serious ramifications.

Silvio pays a visit to Burt Gervasi and garrottes him.

Phil has made a decision to take out the entire Soprano crew in Jersey. "Plain and simple, it's over. We decapitate and we do business with whatever's left." Phil has a low opinion of the NJ family and that they do not follow custom when "making" guys.

At the Mountainside Hospital psych ward, A.J. takes an interest in Rhiannon [Hernan's friend who he met at a club in episode 73 Johnny Cakes] who's in for depression and food issues. Tony gets the bill, $2,200 per day for warehousing A.J. at the mental health facility. He would have been better of letting him drown.

Agent Harris is having an espresso at Satriale's. Tony sees him after ordering a gabbagol and provolone sandwich with vinegar peppers. When Tony comments on the weather, we just barely hear Harris mumble about "End times, huh, ready for the rapture?" which could refer to Ahmadinejad's vision of a Muslim end of the world.

Tony: "Those Arabs from the Bing, lemi ask you da troot, dere in Jordan right? Getting their balls zapped?"
Harris says nothing.
Tony: "What, you're not gonna tell me?"
Harris: "I'm not really sure. For all we know they may be harmless pistachio salesman."
But Tony gets upset that Harris doesn't share with him the results of the investigation. Outside, Harris tells Tony that Phil is ready to take some action against him: "wheels have been set in motion."

Back at the Bing, Sil tells Tony that Burt Gervasi's been playing both sides of the fence. Burt told Sil that he was being pressured to join the New York crew and was hoping Sil would join him. Tony discusses with Bobby and Sil hitting Phil's crew first.

Butch DeConcini and the New York crew discuss popping Tony, Sil and possibly Bobby. We see Butch packing personal cosmetics away as if he were leaving for a trip.

Back at the Soprano ranch A.J. comes down and wonders how come he can't find his belt. I bet cinder-blocks and ropes are not handy either. A.J. watches the war in Iraq with the volume pumped up rather high.

At the Bing Tony tells Sil and Bobby that he wants "cousins of ours" over to do in Phil. When Bobby asks Tony who he wants to run the thing, Tony gives Bobby the look. Bobby takes the assignment.

Melfi and Elliot are at a dinner party with a group of psychotherapists and the subject of a woman who has a pen-pal relationship with a criminal comes up. Someone asks what's the fascination with criminals and Elliot explains that it's a rescue fantasy, they think they can fix him. Melfi is insulted that Elliot is shoving it in her face that she's enabling a sociopath. Elliot lets out a hint that Melfi is treating Tony Soprano. 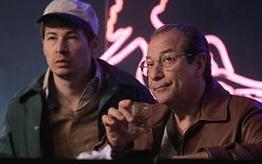 Back at the Bing, Bobby summons Paulie to the back of the office to ask him to contact the guy (Corky Caporale) that contacts the guys (Italo and Roberto) from Italy to do a hit on Phil. Paulie asks if T knows about this. Bobby and Paulie face off each other and Sil quiets them down.

Melfi is reading the Samuel Yochelson and Stanton E. Samernow Study on the Criminal Personality and reads that therapy is viewed by criminals as just another criminal operation.

Paulie had Corky Caporale bring two hit men over and then turns over the handling of the operation to Patsy Parisi who looks at the two Italian hit men through the car window. 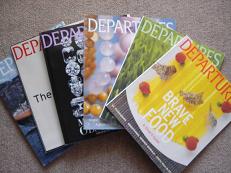 At Melfi's office, Tony rips out a recipe for Basque Pepper Steak from "Departures" magazine. Tony wants to know what Melfi pulls in annually in her practice. Money is on his mind because Meadow wants to go in for criminal law and Tony is still bothered that A.J.'s stay at the mental facility is running over two grand a day of which his union medical insurance only covers 10% for mental. Melfi gets snitty with Tony. Tony doesn't like Melfi's tone. Melfi complains about Tony's ripping out pages from the magazine, his thoughtlessness toward her other patients. Melfi suggest that Tony get help from someone else. Tony puts back the recipe pages into the magazine and leaves very annoyed, disappointed and feeling betrayed.

The two Italians wait for Phil at Yaryna's house in Queens [Yaryna is Phil's goomar and sometime housemaid]. Italo [the same hitman from the previous Rusty Millio whacking] posing as a DHL deliveryman shoots Yaryna's father, who looks like Phil, and then Yaryna. Italo calls Corky and tells him that the daughter was at Phil's mistress' house as well and that they spoke Ukrainian. Corky calls Patsy who calls Paulie and tells him that it's done. None of them realize the case of mistaken identity.

At the Nuovo Vesuvio Tony tells Carmela that he quit therapy and is never going back. Charmaine and Artie come over, and Charmaine asks about Meadow quitting pre-med. Carmela and Tony act as if this were a good thing and they're happy over it. When the subject of A.J. comes up all they can say is that he's doing good, but you can see that Tony and Carm are a bit embarrassed about him. When Artie tells them that Eric Mangini is at the restaurant, Tony uses the opportunity to get away from the small talk.

At the Bing, Murmur shows Paulie and Sil the NY Post story about the hit on a Ukrainian father and daughter and they realize they whacked the wrong guy.

Tony is emptying his pool when Janice comes over for a visit. Uncle June has run out of money and unless Tony coughs up some dough Junior will be moved to a state facility. Tony is upset Janice feels sorry for Junior. Sil comes over with the bad news about the hit gone awry. Phil is nowhere to be found and had been gone for days. They never really had a shot at getting to him. Tony tells Sil to warn everyone to watch their back.

Bobby is going into a hobby shop when his cellphone rings. Bobby is looking over a train set [the Blue Comet] for 8 grand when two hit men pepper him with bullets.

Sil packs up all his Bing books and salary slips and hustles off to Patsy's car, but they're intercepted by a different set of goons (Petey B. and Ray-Ray) who kill Sil (who fumbles for his gun in his briefcase). Patsy gets off a few shots and is able to run away.

Carmela and Rosie Aprile are re-living their Paris adventure, poring over photos when Tony comes home to tell Carmela that Bobby was whacked and Sil is in the hospital. Tony tells her that family is not harmed but they have to go into hiding. Tony tells A.J. to help his mom cope. A.J. says this is very depressing. When he starts to bawl Tony loses it and knocks A.J. around.

Carmela and Meadow go over to console Janice and the kids (at Johnny Sack's former home). 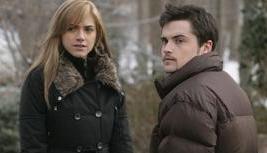 Paulie tells Tony that the doctors don't think Sil will recover consciousness. Paulie helps Tony pack food for the siege, but not without taking time to notice the gams on Rhiannon.

Tony and what's left of his crew go to a safe house, heavily armed. Tony recalls Bobby's words, "You probably don't even hear when it happens."

Tony tries to go to sleep with his AR-10 machine gun present from Bobby. (BTW, It's made in America... hmmmm)

Just a comment on the pool draining: when the ducks come back in next week's episode they will see the pool is empty and fly elsewhere. So just as we fade to black for the last, last time, we see Tony watching the ducks leave. As it started, so it ends. 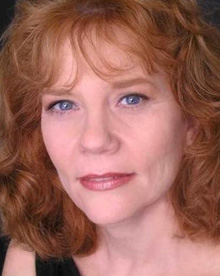 [Oops sorry I previously had photo of Susan Anton who was not in this episode. Thanks to reader Marty Teboe for the heads up]

Note on Burt Gervasi: He's Carlo Gervasi's cousin and was made a formal member of the Soprano crime family in 2006, at the same time as Phil Leotardo's soldier Gerry Torciano. See Episode 72, Luxury Lounge for seating arrangements. Burt helped Patsy make collections shortly after he became a made man and was at Christopher Moltisanti's belated bachelor party and after Chris died, at his funeral.

We're coming down to the wire: