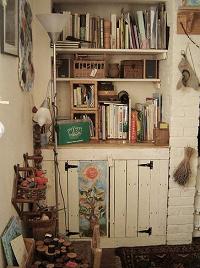 Last Friday, California Governor Arnold Schwarzenegger blasted a Court of Appeals ruling and vowed to have the ruling reversed or act legislatively to protect the rights of home schoolers. The Second Appellate District Ruled that children educated at home must be taught by a credentialed teacher [Fox News].

Actually, the court was merely re-affirming a law that was already in existence since 1950 - to wit: that children have to be educated in a public school, an accredited private school, or with an accredited tutor. But it is feared that the law which previously had been ignored might now be strictly enforced.

Every state has laws that should have been removed at the turn of the previous century, that is, in 1900. We've all read with amusement that boogers may not be flicked into the wind in Alabama; that it is illegal to allow moose to have sex on city streets in Fairbanks, Alaska; that Donkeys cannot sleep in bathtubs in Arizona; that it is illegal to buy or sell blue light bulbs in Arkansas; and thousands of other silly, useless, counterproductive laws, see Crazy Laws.

If one is stuck with a ridiculous present from a relative, one should simply hide it in an attic and ignore it. It would be wrong to put it in plain view and ask all our friends and relatives to admire it. That would be uncivilized. In a like manner, Appellate Courts should ignore or remove laws that are plainly ridiculous. It is gross error to ask us to obey them.

We are only a step away from having the state take away our children on the grounds that ordinary citizens are not capable of raising them properly. I am not disputing the right of society to remove children from abusive parents, but rather that unlicensed parents cannot teach or raise their own children.

This is bad law. That it comes from a Liberal court is no surprise. And if you never realized that teachers' unions are opposed to your children's best interests, then be informed that the teachers' unions love this law.

In a related matter, in San Francisco, it's illegal to pile horse manure more than six feet high on a street corner but if that's true why do the courts allow the San Francisco City Council to congregate on city streets?

But here's a law that makes sense: Chico California: a city ordinance states that a $500 fine will be given to anyone who detonates a nuclear device within city limits.

How about Blythe, California: You are not permitted to wear cowboy boots unless you already own at least two cows. Is that being enforced?

the California Court of Appeals handed down their new homeschool ruling, declaring that non-credentialed parents can teach their own children at home in California!