Normal Nice Guy Muslims Must Not be Muslims in America 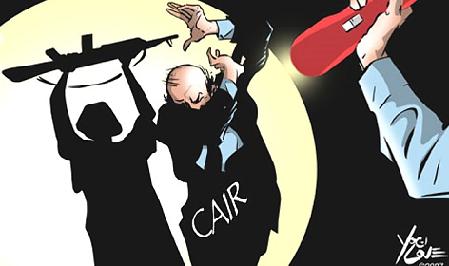 Back in early September the blog Klein Verzet linked to my article Muslims Burn Bibles Routinely and Often.

Normally as soon as I discover someone linking to me, I leave a comment thanking them for mentioning me; however, in going over a list of blogs to thank (I left about a dozen thank yous today alone) I noticed that I forgot to note my appreciation to Klein Verzet.

So I did leave a thank you note. However I also came across this comment by Klein Verzet:

I firmly believe in judging individuals on their personal merits, not on the naked fact that they are of this or that group. Not every muslim is necessarily my enemy. Those muslims that think slaughtering infidels will get them into paradise, and any who aid and abet such muslims (and that includes most Ulema around the world), those are the enemy.

The Turkish guy living a couple of blocks away, who is delivering packages to our house, he's not my enemy. His wife and daughters go about their business unencumbered and unveiled. He once told me they did wear a headscarf when visiting with family in Turkey. But also that he told his grand-mother, that in Holland people don't wear them, and that is that. He has voted for Wilders, for crying out loud (he thinks immigration is too high!). He doesn't deserve to be punched in the gut like this.

I have written previously [Were All Nazis Evil?] that not every Nazi murdered a Jew, that some were just ordinary Fritzes trying to make a living. However, during WWII would any decent American defend the average Nazi saying he is not our enemy, that we should judge him on his merits, not by the group he is a member of?

The average Muslim in America is not directly an enemy. However as a Muslim he does aid our enemies. I left the following comment:

As for that Muslim delivering packages, he is an enemy if he practices his religion. As long as he is seen as a Muslim, then his mere existence adds to the perception of Muslim strength in the community and makes those more belligerent than he is braver to commit violent acts. It is the mob that does the lynching, not individuals.

Just being able to say that there are X number of Muslims in a country will cow politicians to accommodate the most radical of the Muslim faithful. Sorry, but unless your delivery guy stops being a Muslim even in name only, he is aiding the active enemies of western civilization.

As a Jew, I find what I am saying as outrageously offensive; however, I lost more than 98% of my relatives because people were only willing to condemn the most radical of Nazis, when in fact the whole of the Nazi regime should have been excoriated. That there were nice-guy Nazis delivering packages who were not in their heart antisemitic did not keep my family from torture and death.

As proof that even one Muslim in this country can make American knees tremble I give you the South Park Affair. Would Comedy Central have bleeped Mohammed's name if the threat had come from an email from some Muslim wacko from Pakistan? No. But the wacko's website was based in New York and that was enough to cow the corporate suits at Viacom.

For 80 years Hollywood has been making films about Muslims and Arabs as terrorists and pirates without fear of retribution. But now, with so many Muslims (supposedly all moderate) in this country fear has entered the hearts of film producers and so if a book contains Muslim terrorists , then the film will be a story about Russians or drug gangs or some other ethnic group so as not to offend Muslims.

Ron Howard, who was once the all-American boy as Opie, recently produced a movie from Dan Brown's book, Angels and Demons.

In the book, the villain is a Muslim man. Ron changed that in the movie and made the villain a Danish man.

Can't have Muslim bad men anymore. They might come after you. It's not worth losing your head over a movie character, right?

In real life, we have read numerous stories about Al Qaeda terrorists seeking possession of a so-called dirty nuclear bomb they can use to kill thousands of Americans. There have even been reports that such a bomb has been smuggled into the U.S. But a new Hollywood film, "The Sum of All Fears," about the use of a nuclear weapon against the U.S., pretends that neo-Nazis are the real enemies.

Hollywood can do what it wants, but in this case the film is supposed to be based on a Tom Clancy book that depicted the villains as Arab terrorists. Clancy never portrayed the nuclear terrorists as neo-Nazis. The villains have been changed. In the film, neo-Nazi terrorists get their hands on a lost nuclear device, and plan to use it at the Super Bowl. The plan is to disguise the attack as being caused by Russia, in the hopes of rekindling the Cold War.

The Council on American-Islamic Relations has claimed responsibility for the change, saying it had been in contact with Paramount Pictures and Mace Neufeld, the film’s original director, to discuss the portrayal of Muslim characters in the film. Phil Alden Robinson, the new director of the film, assured the Council that Muslims would not be depicted as terrorists, unlike the novel. Robinson said that he had "no intention of promoting negative images of Muslims or Arabs."

As more Muslims come in, our entire culture will live in fear - not because most Muslims are terrorists - they are not - but because they let the tiny extremist fringe wag the dog. CAIR, a Muslim front for terrorism, would have no power to intimidate corporations, news media, or Hollywood if it had only 3 members. It can only become more powerful and more demanding of accommodations as the Muslim population increases.

Muslims who mind their own business and do nothing violent make CAIR more dangerous. American Muslims who love this country, in order not to be our enemies must renounce their religion. They must stop being counted as Muslims. Otherwise one day, Hollywood will make a film about 9/11 and it will be Colombian drug gangs who attacked us that day, in deference to Muslim sensibilities.