In my article Why Too Many Muslims in a Country is Dangerous we viewed a video of French Muslim thugs physically preventing shoppers from buying products from Israel.

I pointed out if France did not have so many Muslims the owner of the Supermarket would have called the police to stop them. Sadly, France has too many Muslims and so the police will not come: they are afraid.

It is no accident that antisemitism in Europe is on the rise and matched precisely with the rise of Muslim immigration. For example, Jews are leaving the Swedish city of Malmo after a surge in anti-Semitic hate crimes (1).

Take a guess which city in Sweden contains the largest number of Muslim thugs? Don't guess, it's a rhetorical question.

The UK has the largest number of Muslims (> 1.5 million) in Northern and Western Europe after France and Germany [islamicpopulation.com] and so we should expect a rise of antisemitism there too:

Now we learn that last week the Methodist Church of Britain launched a boycott against goods emanating from settlements in the West Bank and east Jerusalem (2).

Since these are Methodists and not Muslims, you may wonder what this has to do with the rising infestation of Muslims into Europe. Quite simple: since so many Muslims are now committing antisemitic crimes in the UK, it is safe for closet anti-Semites to openly show their true feelings.

In my article A World without Israel I reported that the National Union of Journalists (in the UK) voted for a boycott of Israeli goods. I wrote:

When Jews leave a country, its industry, its creativity, its economic viability all leave as well. Before 1933, despite losing a war and being a victim of a punitive peace treaty, Germany was the most inventive and scientifically advanced country in the world. It also had more Jewish Scientists than anyone else in the world and this was reflected in the fact that Germany had more Nobel Science Laureates (35) than any other country. In fact, they had more than 4 times as many as the US (8).

After the war, with most German Jews dead or gone, Germany never recovered its former scientific prowess. The UK and Europe will one day have to decide whether they want fewer Jews or fewer Muslims.

Sweden's reputation as a tolerant, liberal nation is being threatened by a steep rise in anti-Semitic hate crimes in the city of Malmo. 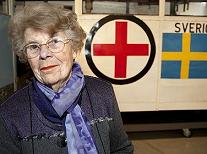 When she first arrived in Sweden after her rescue from a Nazi concentration camp, Judith Popinski was treated with great kindness.

She raised a family in the city of Malmo, and for the next six decades lived happily in her adopted homeland - until last year.

In 2009, a chapel serving the city's 700-strong Jewish community was set ablaze. Jewish cemeteries were repeatedly desecrated, worshippers were abused on their way home from prayer, and "Hitler" was mockingly chanted in the streets by masked men.

"I never thought I would see this hatred again in my lifetime, not in Sweden anyway," Mrs Popinski told The Sunday Telegraph.

"This new hatred comes from Muslim immigrants. The Jewish people are afraid now."

The decision last week by the Methodist Church of Britain to launch a boycott against goods emanating from settlements in the West Bank and east Jerusalem will send a shiver down the spine of anyone with a feel for where the rancid, global campaign against the Jewish state is currently heading.

The boycott will involve transactions of the church itself, and extends to encouraging all affiliated Methodists to follow suit. The Methodists boycott no other country.

But I did speak to the Methodist Church’s head of media relations, Anna Drew, whose well prepared brief offered a lesson in where things have gone so badly wrong.

“Do you have any boycotts of other countries in the world, Saudi Arabia for example, where Christianity is banned?” I asked.

“Almost certainly not,” she said.

“So why have you singled out the Jewish state?” I asked.

“We have not singled out the Jewish state,” she replied, saying that the boycott was not against Israel, merely against the occupied territories.

And so the conversation went on, going round and round in circles as Drew summoned up every ounce of conceivable pedantry to argue that singling out the policy of a particular country was substantially different from singling out the country itself, even though such a boycott applied to no other country or its policies.

“Don’t you realize that you’re joining a massive global campaign against Israel?” I asked.

“There isn’t a campaign against Israel,” she replied firmly. “It’s not as simple as that.”

“You don’t accept that you’ve just jumped on a fashionable bandwagon?” I asked in amazement.

“We are the first church... to do this... so we are not being fashionable,” she replied.

At which point, what can you really say? Overall, a church that behaves in the manner of the Methodists has buried its credibility under a gigantic dunghill of intransigence, pedantry, lies and distortions.

The most straightforward answer is that they simply had nowhere to go. For the Jews of Europe, as noted in Chaim Weizmann's famous remark, the world was divided into two: places where they could not live and places where they could not go. The restrictive immigration practices of the major overseas countries vis-à-vis Jewish refugees reflected a global climate of economic protectionism tinged with xenophobia and outright anti-Semitism. An international conference on refugees at Evian (France) in July 1938, initiated by President Franklin D. Roosevelt, proved to be a complete fiasco. Except for the Dominican Republic, none of the representatives of the 32 countries invited offered prospective Jewish refugees from Germany and Austria any hope whatsoever.