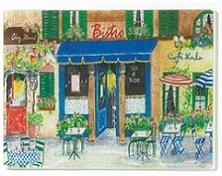 Here are 13 phrases, comments and opinions about France.

"I would rather have a German division in front of me than a French one behind me."
--General George S. Patton

"Going to war without France is like going deer hunting without your accordion."
--Norman Schwartzkopf

"The only time France wants us to go to war is when the German Army is sitting in Paris sipping coffee."
--Regis Philbin

The AP and UPI reported that the French Government announced after the London bombings that it has raised its terror alert level from Run to Hide. The only two higher levels in France are Surrender and Collaborate. The rise in the alert level was precipitated by a recent fire which destroyed France's white flag factory, effectively disabling their military.

"The last time the French asked for 'more proof' it came marching into Paris under a German flag."
--David Letterman

"War without France would be like World War II."
--Unknown

"Raise your right hand if you like the French, raise both hands if you are French."
--Unknown

"It is important to remember that the French have always been there when they needed us."
--Alan Kent 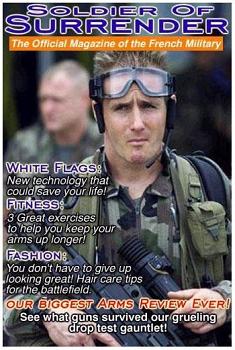 "They've taken their own precautions against al-Qa'ida. To prepare for an attack, each Frenchman is urged to keep duct tape, a white flag, and a three-day supply of mistresses in the house."
--Argus Hamilton

"Somebody was telling me about the French Army rifle that was being advertised on eBay the other day -- the description was, 'Never shot. Dropped once.'"
--Rep. Roy Blunt, MO

French Ban Fireworks at Euro Disney (AP), Paris, March 5, 2003. The French Government announced today that it is imposing a ban on the use of fireworks at Euro Disney. The decision comes the day after a nightly fireworks display at the park, located just 30 miles outside of Paris, caused the soldiers at a nearby French Army garrison to surrender to a group of Czech tourists.

On the other hand, I wouldn't mind if Aurelie Claudel surrendered to me: 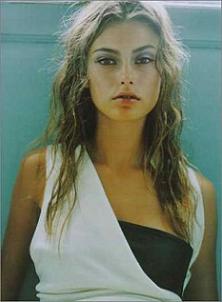 This has been a Thursday 13 post [# 7] and is updated on certain Thursdays.